Privacy leaks from Netflix videos/movies is well researched. Current state-of-the-art works have been able to obtain coarse-grained information such as the genre and the title of videos by passive observation of encrypted traffic. However, leakage of fine-grained information from encrypted traffic has not been studied so far. Such information can be used to build behavioural profiles of viewers. On 28th December 2018, Netflix released the first mainstream interactive movie called ‘Black Mirror: Bandersnatch’. In this work, we use this movie as a case-study to show for the first time that fine-grained information (i.e., choices made by users) can be revealed from encrypted traffic. We use the state information exchanged between the viewer’s browser and Netflix as the side-channel. To evaluate our proposed technique, we built the first interactive video traffic dataset of 100 viewers; which we will be releasing. Preliminary results indicate that the choices made by a user can be revealed 96% of the time in the worst case. 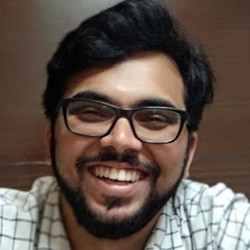 My research interests include energy efficient computing and hardware security.